Major Uses of Spectrogram and Related Technologies for Voice

My dissertation project: A little background

The classical singing tradition, for me, is strongly linked to my experience in church choirs where I first learned to sing in my “head voice,” the “chest voice” being discouraged as harmful to the vocal mechanism. While I embrace and love the way I can create beautiful music in that style, I also have “found my voice” in other styles and genres. That journey began some years ago in college when I joined a chapel choir directed by a black student. Though the religious themes and texts were familiar, I was stunned and amazed by the vocal colors and intensity and timbre of sound coming from the black students who also sang more classically with me in the concert choir. In recent years, I have considered the role of traditionally white Protestant faith traditions in historically promoting a classical way of singing as the desired or best way of singing. I cannot yet cite direct evidence for this claim, but so many traditionally religious schools have strong choral programs, and I perceive a connection in the way that formal voice pedagogy at the university level, until more recently, focused on the bel canto style and largely discouraged other ways of using the voice. For me, so much vocal expression is possible in the complexity of language, sonority, emotion, and human experience.  Finding your voice is literally a metaphor for self-acceptance and expression, and I am convinced that removing the hierarchy of value in how the voice should be used is paramount to freedom of the voice and spirit. 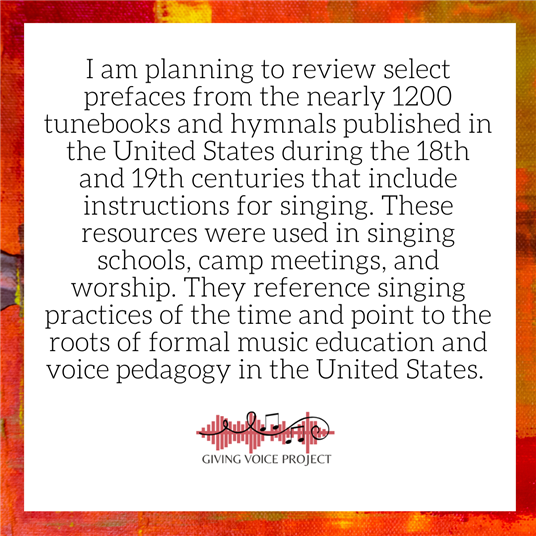 Based in Damascus, Maryland